All matter is made of energy. Postulated by Einstein and proven through applications like atomic power and nuclear weapons, this energy somehow binds together to create our 3-dimensional world.

The intense energies bombarding our world are seeping into that matter, causing subatomic particles to vibrate at accelerating speeds that are making it increasingly hard for the old manifestations to be maintained in their current states.

At first it acts upon more subtle energies like those of emotion and the forces that create the circumstances of our lives. But as it intensifies, the impact spreads to our relationships with self and others and how we conduct our affairs.

From this perspective, it’s not such a stretch to see that the densely packed energies that subsist physical matter will be affected as well in ways like earth changes and other transformations that are as yet hard to predict.

In short, the energies of Ascension are changing the structure of energy as it subsists and exists within our world, transforming the fabric of life as we know it.

However, not all is affected in the same manner or rate of change.

Change in and of itself isn’t anything new. The way things used to be, our relationship to the people and things in our world used to remain relatively constant, giving the appearance of stability even as change occurred.

Now our relationship to that world is changing at light speed, leading to struggle just to get by and making it increasingly difficult to restore normal function to our affairs.

Either we learn to ride the waves of these changes with greater ease and effectiveness, or relegate ourselves to the possibility of being caught in their riptides and pulled to our doom. 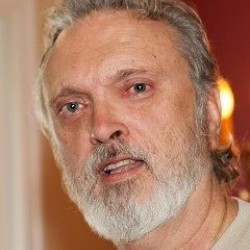