So you’re fed up with the status quo and the forces of greed, power, manipulation and control.  Now what?

You know that where they’re trying to take us isn’t where you want to go.  Something inside’s screaming at you that there’s got to be a better way to a better tomorrow.

You believe in the sovereignty of each individual soul, and the ability to determine the course of your affairs.  And as such, you want unfettered free will, exercised responsibly, under a just system that brings out the best in each of us yet restrains our worst.

But this isn’t what we’re getting, nor where we’re headed.  Instead, power is centralizing and its influence expands daily, wielded by those more interested in perpetuating the battles than building a peace.

Many are feeling the call to oppose these forces.  But good intentions go astray when they think they know best and feel the need to impose it on everyone else. So they fight for their way, setting in motion the sovereign souls sworn to fight to stop them.

A house divided cannot stand.  Neither can a people that seek to evolve beyond conflict.

It is thus that those who would otherwise be joined in the fight to shift the status quo are neutralized.

This is the energy behind populism and its conflict with the powers-that-be of the status quo, which too often serve a chosen few at the expense of the many.

You may even feel inspired to join in the fight.  Regardless, I beg you to stop and think.

The principle behind Q and the Great Awakening is, “Where we go One, we go All.”

So here’s my question.  Or questions. 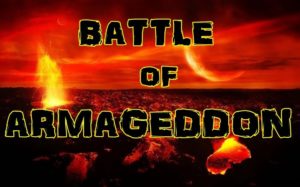 After all, isn’t that the point?  I’m assuming it’s to a world of peace and prosperity for all, where freedom and justice are valued principles infused into the world of your dreams.

But is it where the others want to go? Do they really want freedom and justice for all, if by their actions they demonstrate a willingness to shut some people up or abuse their powers to manipulate outcomes to favor their chosen groups?  If not, how do you expect to get them to go along?

Or did you intend to ram your destination down their throats, like they’re trying to do to you?  Turnabout is fair play, right?

Right now dividing lines are being drawn that make it seem your adversaries don’t want what you want.  For don’t they promote socialism, open borders and the destruction of the nation state (e.g., USA)?  How is that going to get us to peace and prosperity for all?

Certainly the imposition of their vision upon the rest of society would solve the problem of where we’re going.  They want strong central governments where there are no elites (other than whatever ruling class they put in power to supplant our current one).  They want government control and private partnerships to expand their power.  They want surveillance over the people, and strict censorship of any ideas that run counter to their party line.

But you don’t want to go there.  So together you fight, each for changing the status quo, but with a different vision of what you want and what you’re willing to do to get it.

Doesn’t #WWG1WGA imply some sort of common destination, much less a common path that will take us there?

So put on your thinking cap.  What are you willing to do to get what you want?  Are you sure it really will take you where we all want to go?  How are you going to get others to want to come along?  How will you both move beyond these wars of assured mutual destruction to establish a foundation of peace upon which to build?

Contemplate these questions.  Your inner voice and guides may have something to add.  Listen carefully, with an open mind.  Let the answers will guide your efforts to awaken the masses and lead them forward together.

3. How do you neutralize evil and those tending toward self-interest, manipulation and control?

Let’s face it.  There are bad people in the world.  Some are even in positions of power.

Others support or enable them.  Or try to impose their own views on all, to the point of denying the exercise of free will for those who don’t want what they’re selling.

They act for their own benefit, or the benefit of various groups that advance their interests and agendas.

But you’re trying to go another way, the way of service to others while still loving yourself and all you hold dear.

Making your stand necessitates neutralizing those of “negative” orientation focused only on service to self.  They truly are trying to go another way, a way that benefits them but which probably doesn’t hold much appeal to what you want for yourself and those you love.

This is the environment into which you will pour your consciousness and efforts in a world where egos want what’s best for them and theirs, sometimes above all other concerns and conscience — if they have any.

The Choice of Oneness

You must decide for yourself the destination you seek, and how you’ll get there.  You must decide the principles and practices that will take you there — and upon which you’ll build the new world you seek. And only you can bring the best you have inside to the moment, and expand your consciousness to consider how to make your efforts serve not only your vision, but the visions of all who want something better.

For me, that destination is Oneness. It’s where we’re all going.

The only way I know is to moderate the ego and surrender to the will of God, expressed through the inner voice, while addressing the inner conditions that distort us toward separation and conflict.

Even then, that is not a path that is easily communicated to others, much less to get them to want to travel for themselves — for it promises little reward in this world other than peace and free will, instead delaying gratification to the nebulous “life-after-death” benefit that is promised by many religions.

Nevertheless, our ability to follow such guidance may require us to stand against oppression, not to defeat those who would impose their wills upon us, but to create a space satisfying to none from which all will be forced to work together to find a solution that serves all.

Our task is to weave through the minefield of human conflict, to overcome the distortions egos use to keep them apart from each other and their Creator, and the conditions that make life so much less than it can be.

Somehow we’re going to find a way.  Hopefully it won’t kill us all to do it.

© 2023 PeaceOptions. Created for free using WordPress and Colibri
You are now leaving PeaceOptions 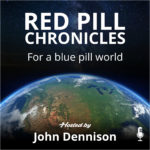